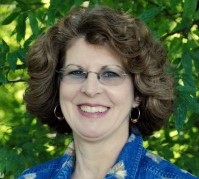 Seeing the technology and systems United Country provided, I developed a systematic marketing program to produce listings, allowing me to...

Every week we share a story with you from someone who’s found their freedom with United Country. From buyers to sellers, from brokers to managers – everyone in the United Country family has a story.

After 18 years as a teacher and school librarian, I joined United Country as a sales associate in 2008.

But it’s not really as simple as it sounds. In a period of about four years, I experienced several major, difficult life changes. My husband of 30 years and I divorced, I cared for my mother during a lengthy cancer battle, and two of my three children had major health problems. People said my life sounded like a soap opera or the book of Job!

As I faced so much change, I decided it was time for a new beginning. I’d been interested in real estate for several years and had actually started working on my license a few years before. I took a leap of faith and enrolled in a real estate class during the summer in 2008. I’ve known the Mixon family for more years than we would care to admit. I went to school with Mike Mixon, and I’ve been friends with Darali since we worked together 20 years ago. When I decided to begin a real estate career, Darali invited me to join United Country – Mixon Agency.

Shortly after starting to work at United Country, my mother passed away and my son was injured in Iraq. Though I’d only been with United Country for about three months, they were so supportive. As my mom spent her last days in hospice and my son spent several weeks in rehab, United was kind enough to let me take time off work to be with them both. All that aside, I’ve been very impressed with the effort United Country puts into training and the company’s commitment to providing a variety of excellent tools and opportunities for success.

Seeing the technology and systems United Country provided, I developed a systematic marketing program to produce listings, allowing me to sell enough real estate to get started in one of the most challenging markets in years. I appreciate the tools and resources that United Country offers to help people succeed in this business, but true success cannot be measured numerically. Working with UC has given me the freedom to focus more on what is most important in my life – my faith, sharing life with people, enjoying nature, growing and learning.

One of my favorite quotes is, “When we walk to the edge of all the light we have and take the step into the darkness of the unknown, we must believe that one of two things will happen. There will be something solid for us to stand on or we will be taught to fly.” Patrick Overton

Being a part of the United Country family has given me the freedom to do just that: I’ve stepped into the unknown and have learned to fly.