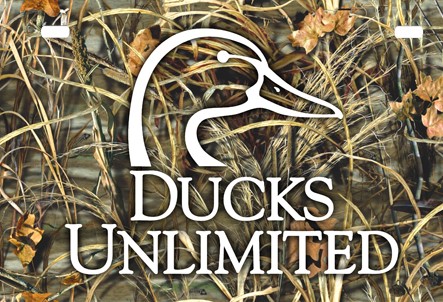 Our shared commitment, passion and contributions are required to maintain the freedom to move without encumbrance or politics to do what is required..

Over the next few days, hundreds of Ducks Unlimited supporters will gather in Grapevine, Texas, for the organization’s 73rd National Convention. United Country’s CEO, Dan Duffy, will speak at a leadership luncheon during the convention, and today’s post is a preview of what he’ll share.

These numbers make the United States the most charitable country on earth – by far. Why is that?

Bob Buford recently wrote a book called Half Time, which describes the two halves of a person’s life. While the first half may focus on success, the second half presents the opportunity to focus on significance. “Halftime” is a figurative term; it’s not calendar based. That means you choose when it’s halftime, not a calendar. For me, this is my halftime, and with United Country, I have the freedom to give back.

United Country has chosen Ducks Unlimited as the right organization for making a significant impact. The efficacy of the DU initiatives are without question, and the organization’s vision is precisely on target. Staff and local chapters have never been better equipped and focused on addressing the opportunity and challenges of responsible habitat conservation, and the next 10 years will impact habitat for 1,000 years.

Because of our company’s history and position in the industry, we are in a unique position to advance the DU mission. Our shared commitment, passion and contributions are required to maintain the freedom to move without encumbrance or politics to do what is required to be done to protect habitat for wild spaces and wildlife, based on science. “