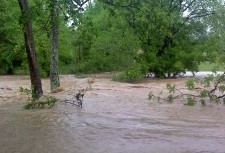 Despite the hardship that the middle Tennessee community is dealing with – and will continue to deal with – their spirit of teamwork, resilience...

At the United Country home office, we’ve watched and read about the floods in Nashville and the rest of the Southeast all week. Some of the things we’ve read about the community and how it’s responding to this crisis include:

Despite the hardship that the middle Tennessee community is dealing with – and will continue to deal with – their spirit of teamwork, resilience and positive attitude is inspiring. We’ve seen this same spirit in our United Country family, and never more than when our network of offices works together like it has this week. We’re still waiting to hear from several of our Tennessee affiliates, but I thought I’d share the update we got from our office in Lyles, Tenn., about an hour southwest of Nashville. “We’re all okay, although we were stuck in our homes for a few days. At least we all have homes left with minimal damage!” said Kelly Anderson, owner/principal broker of United Country – K&G Realty in Lyles.

Kelly told us that Gwen Rogers, owner/broker, didn’t have power, water or phone as of Tuesday afternoon. And Kelly herself had to drive a four-wheeler to get to her own truck! But they were both still hard at work when we talked. “Jim and Bonnie [Graves, owners of the United Country office in Hohenwald, Tenn.] shared their office with Gwen yesterday, so she worked from there,” reported Kelly. “And we’re both here and working today!” Kelly and Gwen’s whole team pulled together as they tried to stay on top of real estate projects, personal needs and flood relief. “I’ve got an agent whose bridge is washed out and can’t leave, but he’s working from top of his hill on his cell phone. And my parents (who don’t even work here) have gone to the attorney’s office to pick up a closing check. Meanwhile, another one of our agents just went to the Dollar Store to get a cooler, because she has an ice machine that she’s using for our agents who are without water. We have an amazing team!”

The photo above was taken at Kelly’s house.  Kelly said, “That picture would be beautiful, except it’s actually my driveway that’s not normally covered in water!”